Nur Kitchen didn’t make much of a splash when it opened in 2020. The cozy restaurant faces Buford Highway a few minutes beyond the Perimeter, part of a posh shopping center called the Global Forum. The plaza still features some of the Korean businesses that predominate on this side of I-285, including a luxurious health spa and one of the best karaoke lounges in town (Karaoke Melody 2). But its makeup is changing, propelled in part by a giant event facility with a kosher kitchen that opened up in 2016, which now attracts many a Jewish wedding. Things for Nur Kitchen, which bills itself as a “modern Mediterranean” restaurant, turned around dramatically in 2021, when the owner of the Forum brought in Shay Lavi.

Lavi, who was in the Israeli Navy before moving to Atlanta in 2015 with his American wife, is both a workhorse and an incredibly talented chef. While the term “Mediterranean” can mean almost anything in the world of food, it is an accurate reflection of Lavi’s Libyan and Turkish Sephardic background. A jack-of-all-trades who’s encountered some failures along the way, Lavi earned a living as an in-demand event chef before and after opening the wonderful Rozina Bakehouse & Coffee—which was very much an exotic oddity in its downtown Atlanta location and has since closed. I’ve seen him cook a dozen or so stunning dishes for a party where he simultaneously managed to bake fluffy pita breads, snatch his famous shakshuka from the flames before the eggs started firming up, and put out an unending succession of rich plates kissed with olive oil.

Israeli cuisine shares many dishes with Palestinian and other Arab cuisines—hummus, baba ghanoush, falafel—but there’s one surefire way to know you’re in an Israeli restaurant: schnitzel. When they moved to the Holy Land, Jews from Germany and Eastern Europe brought with them a love for what was essentially a thin cut of meat, usually veal, breaded and fried in butter. The dish adapted to its new environment: Chicken or turkey breast, fried in oil, became the norm. Chicken schnitzel is the sandwich not to skip at Nur Kitchen, where the meat is packed together with hummus, chopped salad, and tahini into one of the thick pitas baked in the restaurant’s wood-fired oven.

Another triumph: an extraordinary vegetarian mezze composed of six to eight little dishes, featuring anything from thinly sliced beets with za’atar labneh to tzatziki, quinoa tabbouleh, sour eggplant, and various salads. Turkish-style mussels, lightly dusted in seasoned flour, fried, and served with mango aioli, are a delightful snack. Creamy hummus is a given, best topped with little balls of fresh falafel, mushroom ragout, or thickly sliced shawarma. Lavi’s shawarma—unlike doner kebab or gyro, typically made with lamb and beef—consists of stacks of marinated chicken thighs that sizzle on a spit with layers of lamb fat between them. Depending on the time of the day, the shawarma can be a little dry, but you can compensate with tahini or tzatziki.

Lavi’s bigger culinary ambitions are revealed in dishes like whole fried or oven-roasted fish, Mediterranean shrimp with vegetables, and a rich lamb burger. Even the giant roasted cauliflower overcomes its status as a vegetarian cliche, finished here with labneh and za’atar. For dessert, there is local ice cream made by Yom, a pleasant but tiny Turkish pistachio baklava, and some seasonal treats, such as sufganiyot for Hanukkah.

Numerous Israeli wines and one terrific, mild retsina—a Greek wine infused with pine resin—suffice at the moment, but I’ve seen wine reps circling the dining room, trying to expand a wine list that’s easy to like yet a bit short on glamour. Make sure to order the Turkish coffee, a thick, darker-than-hell brew best sipped through a cube of sugar held between your teeth without stirring the murky grounds.

You can grab a quick plate of food to eat in the colorful dining room, but the intensely social clientele here tends to linger—and hop from table to table. Larger parties often gather for shared meals, and the chef (blue apron, twisted hair, strikingly pale eyes) steps out of the kitchen to visit with regulars. The plan is for Nur to move, likely this spring, into a larger space in the Global Forum Shopping Center that can accommodate more baked goods, among other things. Lavi will keep the current space open as a more intimate restaurant and oversee both.

I can hardly think of an Atlanta restaurant serving fresher or healthier food than what Lavi cooks at Nur. Whether you order a mixed grill with za’atar fries or a brothy Turkish mess of mussels with crisp pita on top, you sense the balmy Mediterranean hovering in the background. The flavors of sumac, olive oil, and tahini combine in your mouth, and you can feel the sun even in the middle of winter.

The small dishes that make up Nur’s mezze platter are a highlight of any meal. 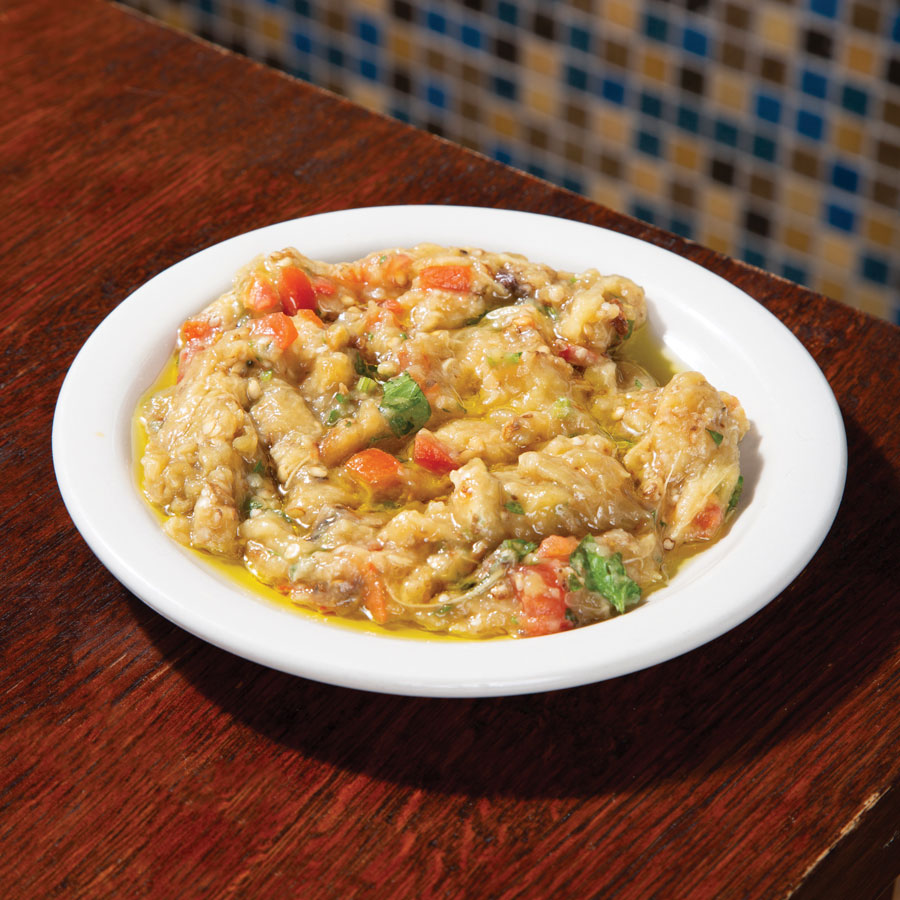 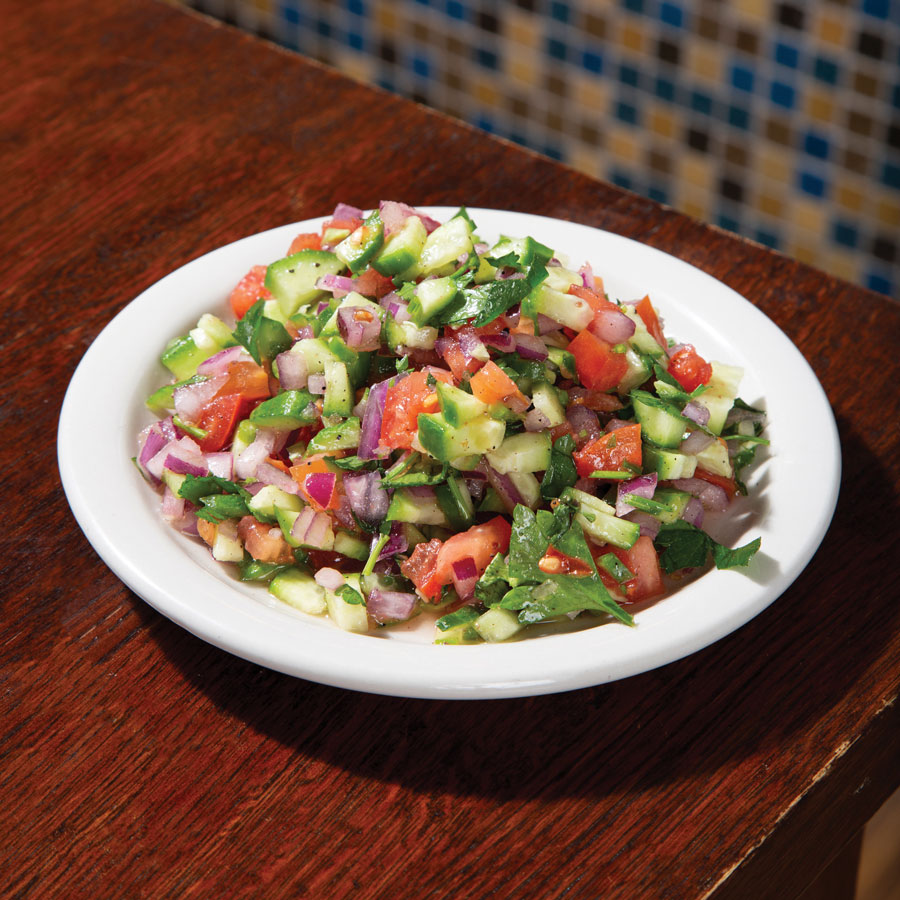 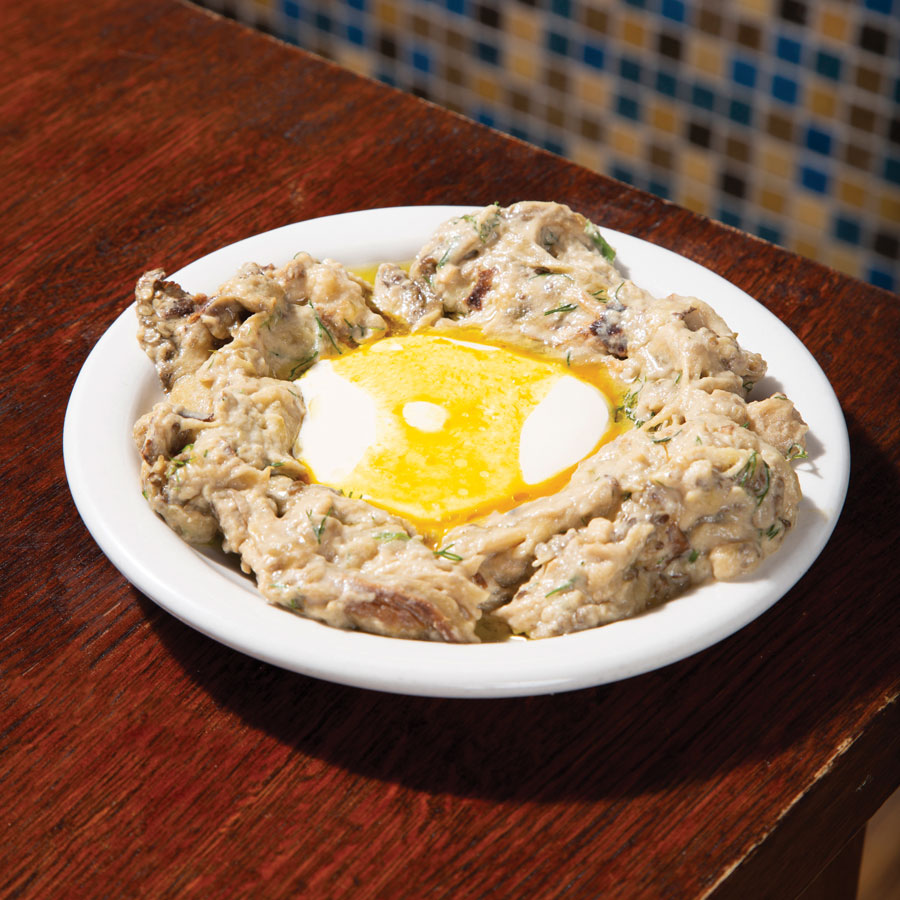 This article appears in our February 2022 issue.

Ray Jackson: Juwan Howard Shouldn’t Be The Only One Held Accountable

For most Americans, owning a home is now a distant dream – CBS Atlanta