Hawks Holiday Bundle, The Special Gift You Can Count On This Holiday Season

Amid concerns about product shortages and stranded shipments during the holiday season, the Atlanta Hawks crafted a new gift of two nights of in-person basketball complete with special-edition gear, ensuring that Hawks’ basketball games will always take place at the award-winning State Farm Arena.

The first-ever Hawks Holiday Bundle builds off two nights of games with Forever 404-themed gear to combine tangible gifts with in-venue experiences. “With all the interruptions in shipping and as we get closer to Christmas, the one thing you can count on is there will be Hawks games,” says Steve Koonin, Atlanta Hawks CEO.

The Hawks Holiday Bundle allows the gift giver to select between three unique two-game packs. Each seat purchased in the pack includes a special-edition Forever 404-themed beanie and pair of socks, along with a special, commemorative ticket.

And while some suppliers may fret about having their goods in stock by the holiday season, the Hawks already have the specially designed beanies and socks on hand. “We wanted to be able to have a stocking stuffer or something under the tree,” Koonin says. “Tickets on a phone is a great gift, but opening a present and having something to touch and feel, we think that means something.” 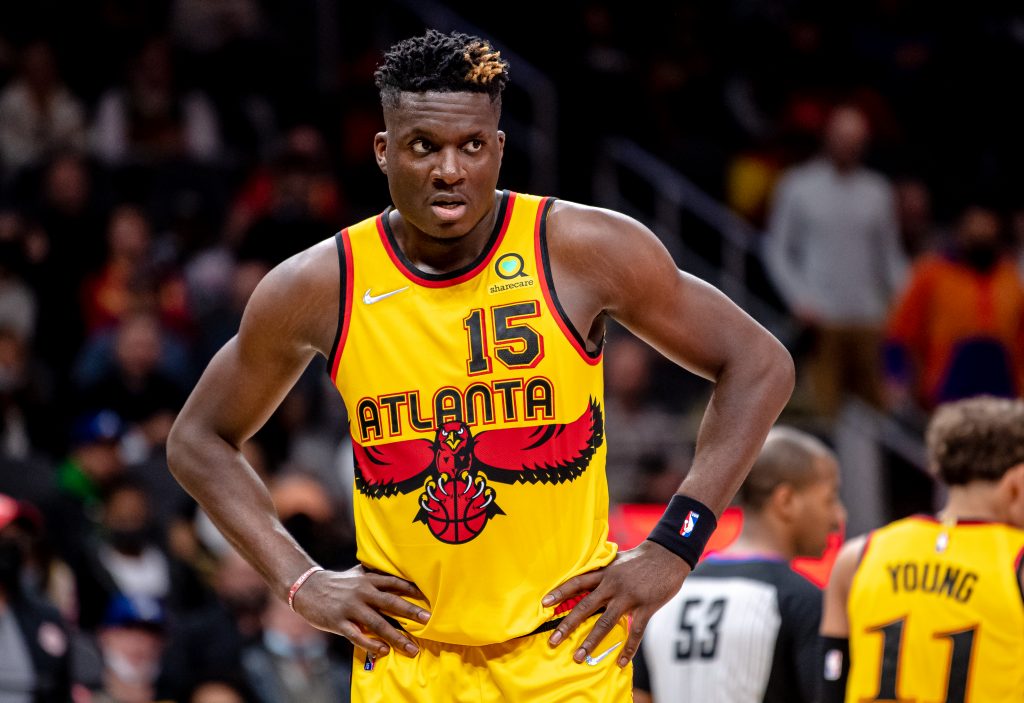 The winter-ready beanies and socks come exclusive as part of the Hawks Holiday Bundle. By crafting the gear with the ‘Forever 404 City Edition’ theme from the 2021-22 season, it helps give the items an extra dose of special-edition flavor. “It is something unique that you are not going to see in any store or anywhere else,” Koonin says. 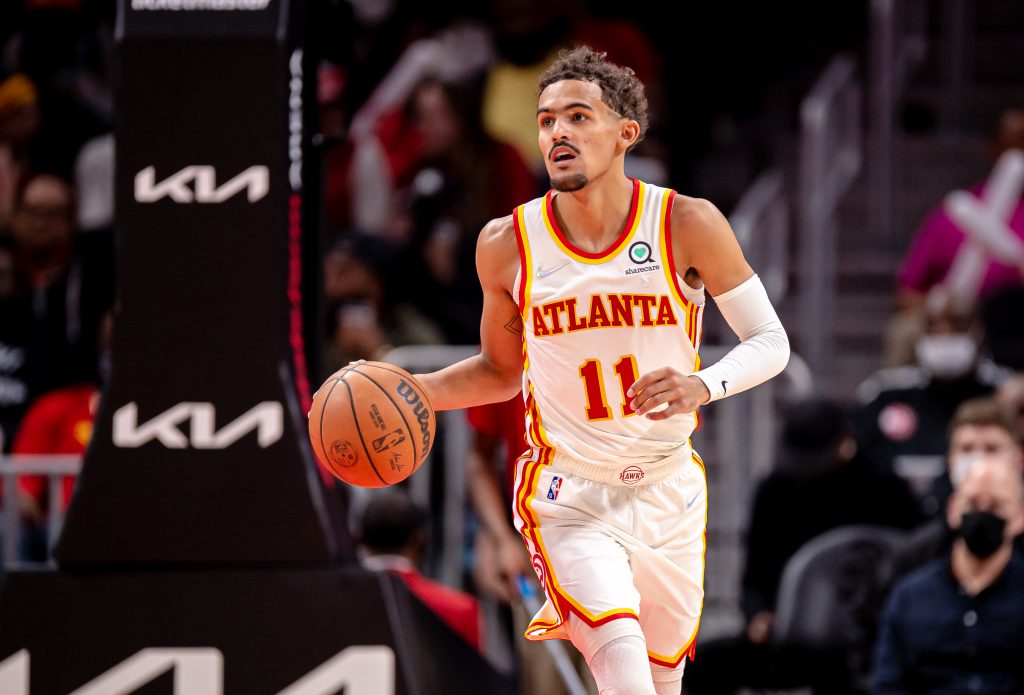 “You don’t want somebody to be told they will wait six months (for a game), but you also don’t want them to be told they only have six hours,” Koonin says about gameday dates. “We think proximity to the holidays is a good thing.”

Each selection allows fans to pick a lower-level seat for $175 per seat or an upper-level seat for $75 per seat. Every seat comes with the ‘Forever 404’ Hawks Beanie, a pair of ‘Forever 404’ socks and a commemorative ticket. The mobile game ticket and digital commemorative ticket become instantly accessible, and any bundle ordered by 5 p.m. on Dec. 16 will guarantee receipt of the exclusive gear and physical ticket by Christmas. 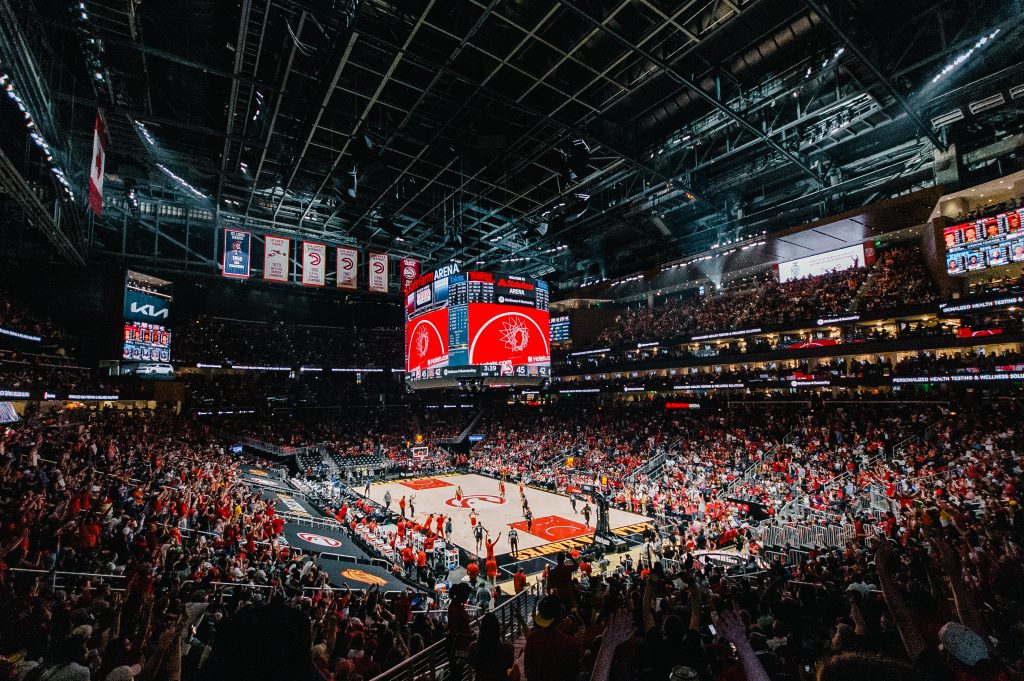 Both the second and third ticketing options include City Edition games with the Hawks wearing this season’s ‘Forever 404’ uniforms while playing on a corresponding court design that features the imposing razor-talon hawk of the late ‘90s as the centerpiece and has gradient Infinity Black to Torch Red echoed at both the court’s apron and the free-throw lanes.

With the Atlanta Hawks aware of local fans’ concerns about the availability of physical goods during the holiday gift-giving season, creating this Hawks Holiday Bundle was a way to confirm there was a reliable, affordable gift available in Atlanta, whether for a loved one, friend of even employee gift exchange. To add to the mix, the team plans to have Black Friday and Cyber Monday deals with tickets for select games starting at $10.

Additionally, the team recently unveiled a limited-edition capsule retail collection, in partnership with the Lady Hawks, a women’s auxiliary group comprised of the wives, significant others and mothers of Hawks players, coaches, basketball operations staff and management, whose mission is to enrich the Atlanta community through initiatives that serve and support women and youth. This capsule retail collection will be available at the Hawks Shop on Saturday, Nov. 27 and all net proceeds will benefit Dress for Success, a non-profit organization that empowers women to achieve economic independence by providing a network of support, professional attire and the development tools to help women thrive in work and in life.

“I think the idea of giving entertainment for the holidays is a great idea,” Koonin says. “We wanted to provide Atlanta a physical, tangible opportunity that doesn’t go out of stock.”

Is Andre Dickens the progressive in Atlanta’s mayoral runoff election?

13 Things to Love About Brookhaven, Georgia